What happens to your body after you drink a soda every day, for a long time 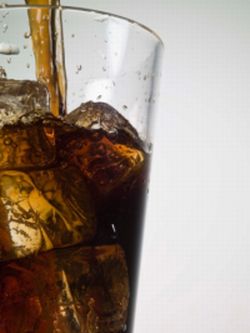 Sugar rushes and caffeine highs followed by a depressing energy crash are what happens to your body if you drink a soda right now, but plenty of Blisstree readers actually seem to be okay with that. Some of you think it’s alarmist to compare a caffeine and sugar rush to doing drugs, and some just don’t really care about the slump they’ll find themselves in after drinking 39 grams of sugar, but what makes us really worried about a soda-slurping habit is what happens over the long term.

Here’s a quick snapshot of you, in a few years, after drinking soda on a regular basis:

You’ll Be Fatter: According to research in the Nurse’s Health Study, which monitored the health of 90,000 women for eight years, drinking a single soda every day of the week added 10 pounds over a four-year period.

You’ll Probably Have Diabetes: In the Nurses’ Health Study, women who said they drank one or more servings a day of a sugar-sweetened soft drink or fruit punch were twice as likely to have developed type 2 diabetes during the study than those who rarely consumed these beverages.

You’re Much More Likely to Develop Heart Disease: According to a study published in 2007 in Circulation, the journal of the American Heart Association, subjects who drank a soda every day over a four-year period had a 25% chance of developing high blood sugar levels and a 32% greater chance of developing lower “good” cholesterol levels. The Nurses’ Health Study found that women who drank more than two sugary beverages per day had a 40% higher risk of heart attacks or death from heart disease than women who rarely drank sugary beverages.

You’re Probably Also Less Healthy In Other Ways: Several studies, including the 2007 study published in Circulation, suggest that diet sodas have some of the same effects on health as regular sodas, despite having none or very little of the sugar. Why? Drinking soda is typically part of an overall lifestyle that’s not very healthy: We know you don’t like us to compare drinking caffeine and sugar to substance abuse, but when it comes to your lifestyle, some think that soda is just like a gateway drug.